GET YOUR COPY NOW! 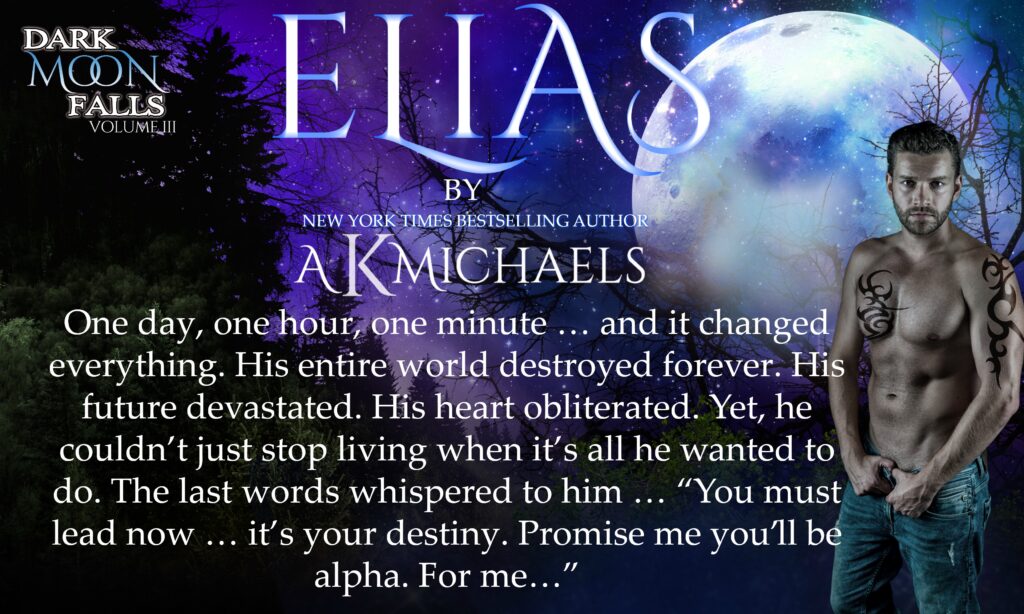 Elias Grant’s spent his life taking care of his pack and makes it appear as if danger and treachery are mere hiccups in his road. Strong, stoic, and never show weakness, that’s his lot.

Waking one morning he senses something wrong within Dark Moon Falls and expects just another day at the office. Only it’s not. This time what’s coming will change everything; for the pack, for him, forever.

A girl on the run, but she’s no ordinary female. She has powers he’s come across before … and she’s used them. Now she’s in trouble and needs his help, but she’s not just any girl looking for help: she’s his.

She brings danger on her tail, trouble to his pack. What will he risk for her? The answer is simple; everything. Elias will go to Hell, and back, to save her, and do it with a damn smile on his face. At last, the Goddess has blessed him, and he won’t stop until she’s safe.

Can Elias survive the danger and save the most precious thing in the universe to him? Or will he fail and die in a hail of flames? Find out in this exciting addition to Dark Moon Falls … a world filled with hot shifters, steamy paranormal romance, urban fantasy and enough thrills to keep you glued into the wee hours of the night in Ava K Michaels exhilarating love story.