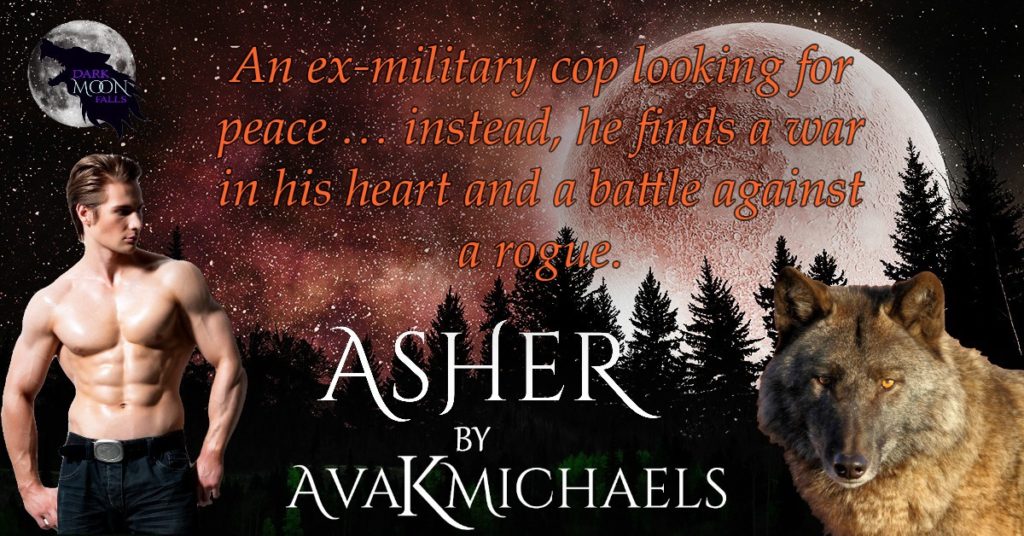 I’d like to share a wee snippet, unedited so please forgive any boo boos, of what what I’m working on right now. This is from Asher, my addition to Dark Moon Falls 2 boxset! It’s 99c on preorder AND if you preorder you get a ton of free gifts … you can check out all the details HERE. So, here you go … I hope you enjoy …

Savannah reapplied her lipstick for the third time, her nerves through the roof while she stared at her reflection. “This is a bad idea. Don’t let him in. He’s hot and you know you’re going to fall for him.”

Shit, she was talking to herself now. What the hell was wrong with her? Asher fucking Stone, that’s who. She felt the attraction, the tendrils weaving between them like soft wisps of smoke, growing stronger each second she spent with him. Then there was the kiss. Oh, hell, the kiss! She thought she was going into orbit when his lips touched hers, and his tongue. So damn wicked, and tasty. Hmm hmm.

“Wonder how good he is with it?” she murmured softly. Damn, she bet he was amazing with that damn tongue.

He was a wolf after all. She could just imagine how devilish he’d be with it when she lay back on the bed and …

“Stop it!” she moaned. Oh hell, she was doing it again. Talking to herself. She really must stop. But she just couldn’t get him out of her head. She’d been thinking about him all day, even Storm knew she’d been off today. Asking what was on her mind, then smirking over at her and making smarmy comments about knowing exactly who it was. Dang, was it so obvious?

Yes. Of course it was. She felt him inside. Under her skin. It was so hard to keep herself from glowing like the sun … and she couldn’t do that. Hell no. The game was up if she did and she’d lose everything. Every-damn-thing.

For a man. No, not a man, a wolf. Not happening, Savi. Not fucking happening. Get a grip on yourself. You agreed to a dinner, you stupid, stupid bitch, so, get it over with then … just don’t see him again. Yes, that’s it. Easy.

No kisses tonight. None. No touching either. If she allowed him to touch her … she’d cave. So, none allowed. No kissing, no touching, and definitely, absolutely no sex. Right. Those were the rules for the night. If she broke them, she’d be lost.

Then why are you dressed in a skintight dress that’s showing off all your assets?

“I should change. Yes. Jeans and a sweatshirt coming up.”  She spun to the wardrobe, her heart beating like a drum …

Nope, that wasn’t her heart. It was the damn door.

“What? Savannah, are you all right?”

Wolf hearing. Shoot, he heard me. When did he arrive? Did he hear me earlier? Please, please, no. If he did, I’ll die of embarrassment.

“I’m fine, be there in a minute,” she shouted. Why raise your voice? He can hear you. Wolf, remember.

Breathe, in and out, breathe. He’s just a man, and remember, don’t let him kiss you.

She walked to the door, her legs shaking, her belly feeling like a swarm of bees were having a party inside, and her heart fluttered like a hummingbird’s wings … so fast she couldn’t keep up with it. Damn it, girl, breathe!

There it was. The door. Large, wooden, and all that separated her from … him. The wolf, the man, and the one who set her soul on fire. Nobody had ever affected her like he’d done. Not one person had ever gotten under her skin. No man had her hiking her dress in a forest and climbing their body to … shoot, her cheeks flamed when she thought of humping him like a dog in heat. But she did, and she would’ve done more too. She wanted to do so much more, but she couldn’t.

She could not risk everything. Not even for him.

Her hand reached for the doorknob, her chest heaving as she took a deep breath before she tugged it open … and there he was. Glorious and handsome in a dress shirt that pulled across his chest … oh hell, with jeans snug around his … shit! A bottle of wine in one hand and, damn it to hell, a box from Bun Boutique in the other!

Her mouth dried up, and apparently so did her brain, because she swallowed twice then blurted out … “We’re not having sex.”

Here’s our promo video and couple of teasers too … 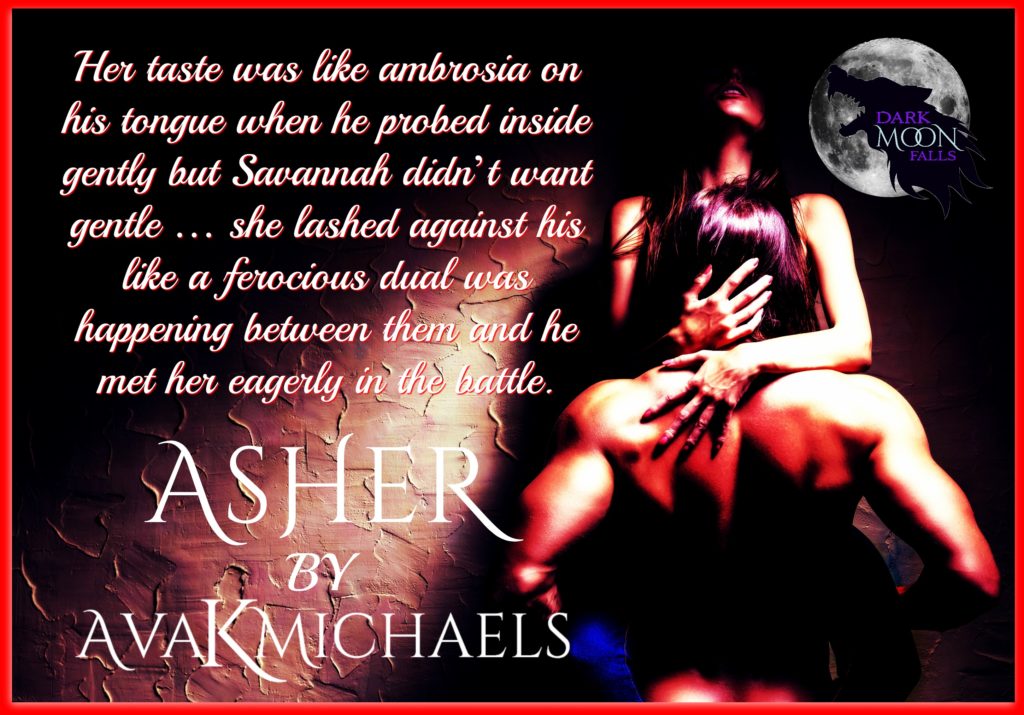 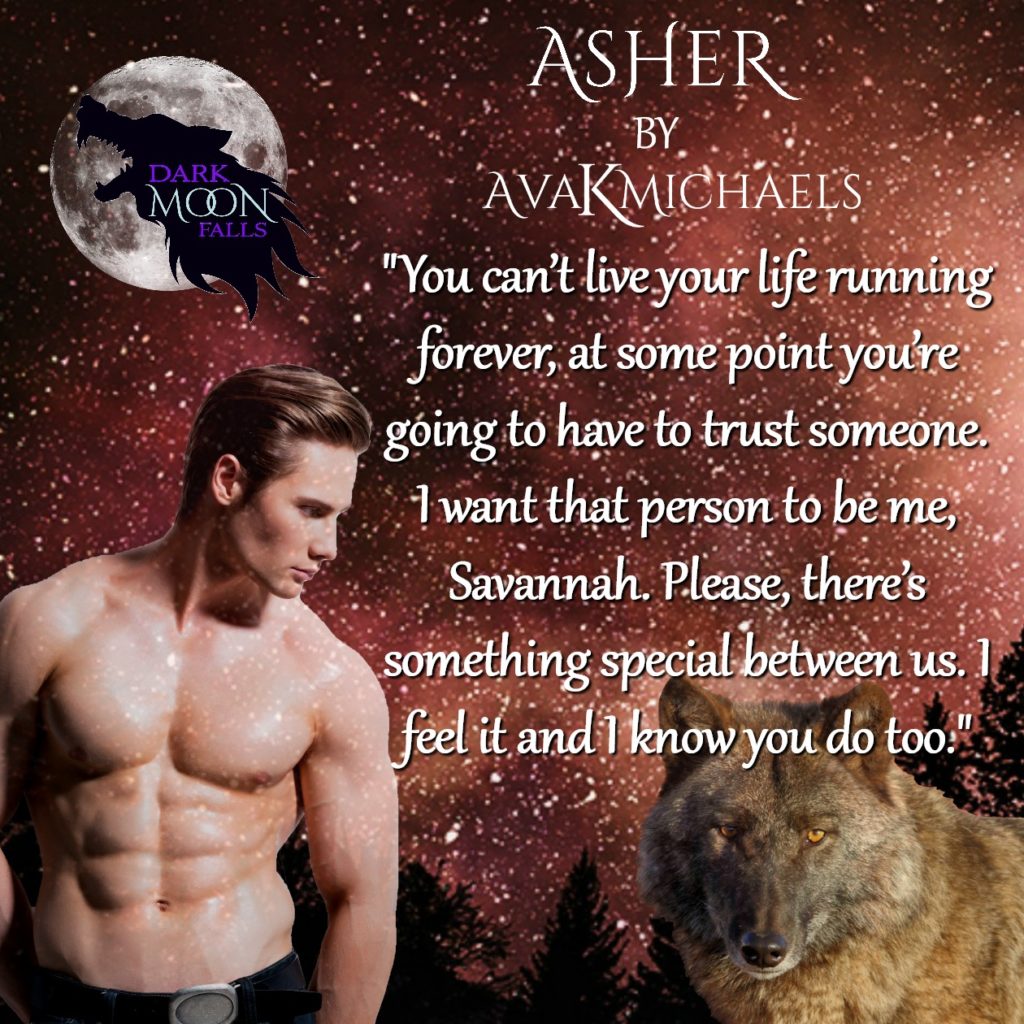